Tourism is the cultural and archaeological sites of the most important and oldest types of Egypt holidays , as Egypt has many of the effects of the Pharaonic, Greek, Romanian, museums, has created cultural tourism since the discovery of ancient Egyptian monuments decoding hieroglyphs, and even now does not break missions effects, travelers, tourists and authors of books, tourism to Egypt has published hundreds of books in different languages and was a means to attract tourists from all over the world to see Egypt and its effects and the ancient civilizations through the national museums and archaeological and artistic

The most important areas of archaeological tourism in Cairo and Giza:
Dam of Atonement: located in the Valley Mararey South Helwan.

, One of the most important archeological sites, known as Pharaonic, Ain Shams or Helio Polis is one of the oldest capitals in the ancient world and the most important archaeological monuments of King Senusret I Obelisk Obelisk rain which is the only impact the rest of the features of this city.
The Pyramids: The three pyramids of Khufu, Khafre and Menkaure one of the seven wonders of the world as it is considered a unique architectural achievement engineered attest to the greatness of Egypt and Hmokh and stands to guard the Great Sphinx, a huge statue consists of a body of a lion and a human face.

Saqqara: set up the first stone structure in the world is on the Saqqara pyramid built by King Zoser in 2816 BC. 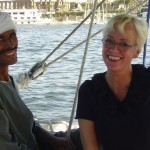 these pyramids, Bent Pyramid, known as the Pyramid yellow pyramid curve of King Sneferu, the Black Pyramid of King Amenemhat III, and pyramid King Senusret III has begun this region in the global tourism after the reception prepared for that
The most important areas of archaeological tourism in Luxor:

Luxor: the most important cities in the southern third level, which includes the effects of the world and was known in the old state in 270-280 BC. M and was famous in the Middle Kingdom when the foundations laid and the temple of Karnak was the capital of the modern state and is known by several names (and AST) good and Luxor and Luxor is a civilian serves as a museum open to the effects of ancient Egyptian and most important features:

Karnak Temple: It is a wonderful complex of beautiful temples, which is unparalleled and includes Karnak temples of goddess gods Amon and his wife’s death and her son, the god Khonsu, the moon god.

Luxor Temple: was opened after the restoration project complete it, and is the lobby of Amenhotep III the most beautiful courtyard exists between the Egyptian temples, where surrounded lobby 64 columns and hall of columns by 32 columns and has been called the 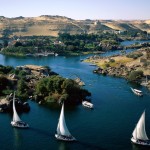 yard the sun because it was open to the sky and the courtyard was surrounded by corridors roofed afford these columns .

Temple of Habu: The inauguration of a substantial addition on the tourist map because of its importance massive in terms of technical, aesthetic, and is the largest building to the King of Egyptian stayed intact so far and called Karnak, the western view of the magnitude which is a large temples remaining mainland western Luxor, which includes temples of great importance historical and archaeological sites, one of the largest funerary temples devoted to the commemoration of the pharaohs in the modern state, has been set up by King Ramses III on the left of the beach south of Thebes.

Valley of the Kings: It includes a huge number of tombs, including Tutankhamun’s tomb and its contents, which transferred to the Egyptian Museum in Cairo is the most important archaeological cemetery tombs of Ramses I, Ramses III and Horemheb and Tuthmosis III.

Valley of the Queens: it comprises a significant number of tombs of the Queens of the most important tomb of Nefertari, Queen Tiye.

Aswan City: The city of Aswan, the most beautiful winter resorts of the world and includes several historic monuments, namely: the temples of Abu Simbel temples which are built by Ramses II months Pharaohs Egypt between 1223 BC 1290 AD. The two most important temples of Nubia The two temples of architectural wonders have been completely carved inside the mountain, namely:

Temple of Abu Simbel: It was dedicated to the worship of the god Ra Poplar Acht the God of the Rising Sun.

Temple of Abu Simbel Sub: built by Ramses II in memory of his beloved wife Nefertari and the advantage of this temple is the beauty of his drawings, colors, and is called the temple of the goddess of love, rock music and beauty

Second, leisure tourism
Egypt has a shoreline of views on Bahrain white and red and extends for about 3000 km and the advantage of the Red Sea with its water pure  and mountains varying and enjoying 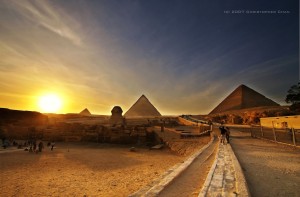 Effects of the Islamic

Medical Tourism in Egypt
Egypt tours was famous with mineral water and free from moisture and silt in favor for the treatment of many diseases, and the multiplicity of its beaches and waters of seas, with its unique natural properties.

The spread in Egypt and mineral sulfur springs, which features the unique chemical installed. Which exceeds the rate of all mineral and sulfur springs in the world. Furthermore the availability of silt in the pools of these sulfur springs with its therapeutic properties of cured many diseases, bone diseases, gastrointestinal tract and respiratory tract and skin diseases, etc., has also proven treatment for patients with rheumatoid arthritis by burial in the sand.

Research also confirmed that the waters of the Red Sea, its contents and the presence of chemical coral reefs which helps healing of psoriasis. There are various tourist areas, which has the advantage of medical tourism in Egypt, areas of famous historical roots, such as: Helwan, Ain El Sira, Al Ain Sokhna, Hurghada, Fayoum, the oasis, Aswan, Sinai, and finally the city of Safaga stationed on the beach of the Red Sea, which has all the elements of tourism therapeutic and tourist groups that visit and the fame that comes black sand have the ability to get rid of some skin diseases.

The ancient Egyptians believed that the human will send a second after his death to live a life of immortality and so were keen to keep the bodies of the dead through the stuffed, and mummification process means the ancient Egyptians, as Raawa bury the dead bodies away from water infiltration and placed them in graves of the vulnerable in dry places in the desert and in the inside the pyramids, and these operations are under the advanced medical science and qualified doctors are able to use all the largesse of the nature of the chemical and pharmaceutical substances.

Before the birth of Jesus gave birth to three thousand years Egypt “Aamahotb” Dean of Medicine and pioneering the first global consensus of historians. The name means hieroglyph, which comes in peace, “the minister that the doctor architectural high priest 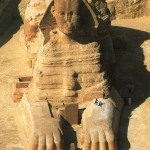 singers, and above all, Rafie said the first stone in history: the pyramid of King” Zoser “Saqqara.

With the increasing archaeological discoveries, which left over time emerged as important medical and therapeutic for many of the sites in parts of Egypt, such as Helwan, Fayoum and South Sinai and Safaga as enjoyed by these places of mineral water, sand and dunes are able to treat and cure many incurable diseases in our world today, such as skin diseases and rheumatic.

The state has realized the importance of medical and therapeutic for these places arose on the care and attention which has become of the finest places of healing the world.

Thus, Egypt occupied a privileged position on the map of medical tourism has become a popular destination for those who want treatment from all over the world, come for the tourists to enjoy the climate of health and medical treatment, natural under the auspices of medical specialists in all branches and modern hospitals, which is available with the latest equipment the world supported by specialists in exercise and physical therapy at the highest level of service. In addition to providing a variety of tourist programs to visit the unique places in Egypt.