Egypt was known throughout history as a destination for tourists and travelers since it has had “Herodotus” in ancient history, recording surprised for various vast for Greece and Egypt remained so throughout its history, the mediator and talk, and then added the discovery of the effects of the Pharaohs since the beginning of the last century a special charm to Egypt beside that of the the effects of unique religious and cultural challenges of time in the loftiness and grandeur, this side of the fullness of their geographical location of the world and the moderate climate in summer and winter, and coasts of easy stretching, and the beaches of the treasures of coral reefs, unique, all this is one of the comparative advantages that provide for competition to be and excellence is hoped the elements and guarantees.

At the forefront of the comparative advantages enjoyed by Egypt as a tourist destination diversity of the fields of tourism, the most important archeological or cultural tourism as one of the oldest types of tourism in Egypt, where ancient civilizations and remains of cultural tourism is the ingredient tourism is repeated or similar, or payable to compete because of Egypt possesses, as there are third known effects in the whole world next to the presence of many important museums, and also there is leisure tourism beaches and 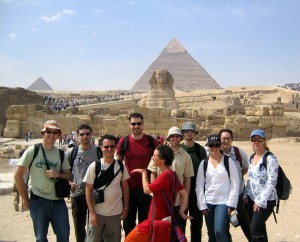 With solutions to the nineties began a new development policy with the issuance of Presidential Decree No. 425 of 1992 establishing the General Authority for Development

Over the past fifteen years and until now, has seen the field of tourism in Egypt in addition to more communities Alsaahihaljdidh in several areas remote added a lot to the area of ​​the globe Egyptian tourist, and reshaped the production and development centers in Egypt, where he was during the period from 1992 until 2007 establishment of about 557 tourist projects with a total capacity of 40 thousand hotel rooms and investment costs are estimated at LE 9.7 billion .. These projects are distributed on the regions of the Gulf of Aqaba, Red Sea, Ain Sokhna, Ras Sidr and the North Coast and El-Arish, was also planned to establish 51 tourist center integrated in the respective elements of the city itself and all you need of basic facilities and potential in tourism. for more info here:  Alexandria airport

Launched by 2006, the propaganda campaign of the new Egyptian tourism in all parts of the world under the slogan “the gift of the Sun” and Egypt, which can not be compared to something  and being implemented through all media such as newspapers, TV and shops as well as advertising methods and means of transportation, Egypt began implementing a program to promote tourism Egypt extends from 2006 until 2011 .. This program aims to attract the private sector to inject new investments in the field of tourism investment estimated at around 8 billion pounds, which would create more job opportunities for young people in the projects of national tourism, where tourism has provided in 2005 / 2006 about 120 thousand jobs for the youth of Egypt.

Witnessed a number of tourists coming to in the recent marked increase came to 9.1 million visitors in 2007, where the percentage increase of 5.5% from the previous year, which saw 8.7 million visitors, with the result that increased tourism revenue achieved to reach the same year to about 6429 million dollars .. Tourism jumped from here to become a primary source of income for Egypt’s foreign currency.

At the level of the Middle East and North Africa, Egypt has been able to achieve a percentage increase in the tourism sector reached 12.9%, almost 1.9 million in 2007 compared to 1.7 million in 2005. The World Tourism Organization statistics of the United Nations to increase the proportion of international tourism amounted to 4.5% in the head while one out of every 5 tourists to Egypt.

The year 2006 witnessed the implementation of more than one project in the northern coast, such as the development of the region of Sidi Abdel Rahman and the creation of a giant tourism project for the development and reconstruction of the region and turn it into an international tourist resort  The project aims and investments estimated at about 7 billion pounds, to add about three thousand hotel rooms, golf courses, marinas world-class, alongside housing a tourist and sports activities, recreational and commercial centers. Was also opened international hotel in the northern coast in 2006 to put Egypt on the international tourist map, and at the same time increases the chances of international tourist flows to Egypt .The hotel consists of 400 rooms as a first stage of the project, which includes six hotels on an area of ​​three million square meters and an investment of one billion pounds, providing about 50 thousand jobs. published by:   Safaga port