Tourism is one of the most important types of recreational tourism activities that are found in Egypt, which attracts a large number of tourists from around the world, because of its stunning beaches of Egypt to Bahrain and the Red White and extends for about 3000 km.
One of the main areas that can be had for the exercise of this tourism are: –
Where there is a sea with its water reef colored his fish rare and mountains varying period in a long line along the sea is not with him but easy fit in most of the environs of the establishment of camps and enjoy the coast of the Gulf of Aqaba facilities many of the practice of sports diving, snorkeling and other marine sports.

North Coast Region
North Coast is characterized by a lot of new tourist villages, which stretches along the coast and most important of these villages: Marina Village, Marina, City of Dreams, Riviera Village, the village of Pearl and others.

Sinai
Characterized Sinai landscapes charming of hills, mountains and shores of a long and extended on the Gulf of Suez and Aqaba and Sharm el-Sheikh, Hurghada, Dahab, Nuweiba, Ras Sdr, where purity and clarity of the water, in addition to the fullness of their coral reefs with many colors and color fish rare, allowing the tourists recreation on the beaches and the practice of different sports including scuba diving and fishing throughout the year because of its Gulf of Aqaba of warmth throughout the year in addition to providing a network of roads and Pounders suitable for cycling, camel races in addition to mountain climbing, and are available in South Sinai, the necessary infrastructure for such This kind of tourism, as there are many villages and tourist hotels and camps to suit all incomes.
Arish
Beach is famous for El Arish as the “Palm Beach” because of the forest of palm trees along the beach where up along the shore of El Arish to about 10 km, which is available where all tourism services and shared with chalets and a number of hotel and tourism projects.
As well as leisure tourism resorts are spread on the Gulf of Suez and the Gulf of Aqaba and the Mediterranean coast.  for more info click here:   Egypt holidays

Nile cruises entertainment
Tourism begins from small quick trips by boat, passing through the Nile cruise trips, and the end of the floating hotels.
– Nile cruises and is gaining increasing popularity with tourists, packed with the River Nile is not less than 230 cruise ship. The traditional route to the Nile cruise ship, is from Luxor to Aswan to Luxor and then again. At the marina on the banks of the river, where ships dock sometimes at great distances from the places allocated to the descent of the passengers. Egypt Tours 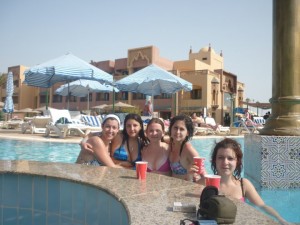