This is a new dawn of freedom and democracy.. And great hope for tourism .. Today .. I can only express my pleasure at what happened in Egypt this week.. The Egyptians wrote a new line in the history of their struggle for freedom and democracy, but the motivation has surpassed all expectations, the parliamentary elections, and more owner of this demand, which was a surprise for all observers.. He was accompanied by a state of discipline and security. 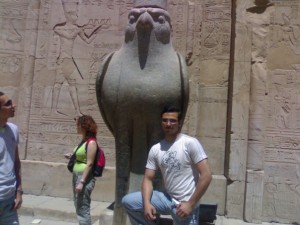