The Sinai Peninsula and the strategic crossing point of convergence between the continents of Asia, Africa, thanks to its unique position is the cradle of ancient civilizations.

It is no doubt that he can dust Sinai that eloquently tells the stories of divine religions and the dawn of humanity there. And meets the elements of the environment, history, tourism, industry and agriculture to make it attractive Sinai essential for tourists and businessmen.

Since more than 25 years was the Sharm el-Sheikh is an isolated part of Egypt, regardless of its strategic military, but after the war of liberation and the victory of Egypt in the 1973 war and the signing of the peace agreement appeared Sharm el-Sheikh as a city great and the resort is promising a lot of effort Forward-looking prosperity.

Sharm El Sheikh is always referred to as “the land of peace” because the land is witnessing a lot of political and scientific conferences and tourism.

President Mubarak has hosted many international figures and held many conferences on home soil in order to support world peace in general.

Since peace is the one aspect of peaceful coexistence on the one hand and to avoid the horrors of war on the other hand, we must move to the new generations the urgent need for peace based on justice and equality.

Under the slogan of comprehensive and just peace, host city of Sharm el-Sheikh crowds of young people of the globe to establish their camps on its territory. And under the slogans of peace and friendship meet these meetings are of different faiths, races, colors of love and brotherhood. 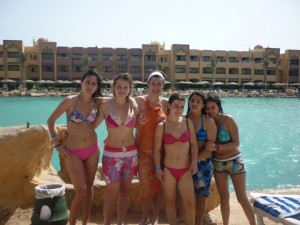 Sharm El Sheikh offers the quality of the attractions for Egypt tours , ranging from dramatic mountain backdrop and even along the golden beaches of the water there are no parallel in any other region.

Those natural resources and its similarity with the European tourism markets has raised the rapid growth of the expansion of tourism that the region is currently experimenting Bedouin culture in all coloring, crafts and a scene which is worth a visit.

There is Ras Mohammed at the southern limit of the city of Sharm el-Sheikh has declared a national park in 1983 and contains a variety of types of geological and spectacular coral reefs, which includes prominent and alluvial plains, valleys and mountains of granite and sand dunes and sand smooth.

Is also the area of Ras Mohamed home to many wild species such as foxes, deer, turtles and migratory birds such as white stork and birds of prey.

There is also a forest of mangroves, which provide us with valuable areas for breeding birds and fish.
This is a National Park from one of the most enjoyable dive sites in the world with its diversity and richness of life, reefs and thousands of species of fish and 150 types of coral. more info click here:   Egypt last minute tours, last minute holidays, deals, tours to Egypt, shore excursions