Tourism Minister Hisham Zaazou that “20% of foreign currency in Egypt comes from tourism, thanks to the strong infrastructure, will be the first  Egypt tour packages, Egypt packages  which will help to promote the Egyptian economy

He noted that Germany has always been and is still a strong partner in the field of tourism, and the figures are evidence of this has been met with Egypt nearly 540 thousand German tourists during the period from January to June 2012, an annual increase of 33.4%, as recorded occupancy hotels increased by 40.6%.
This came during a host city of El Gouna, Red Sea day workshop FVW, one of the leading German magazines in the tourism sector, the event aims to provide an opportunity for communication among participants Germans and Egyptian tourism leaders, as well as the 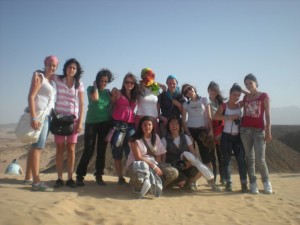 experience of the situation in Egypt and evaluate themselves.
Where he participated in the workshop of 25 German people travel agents , senior managers and tour operators.

And Mahmoud Zuaiter, CEO of International Hotels Holdings, a subsidiary of Orascom Development Holding, the outlook upbeat, saying: “The second half of 2012 will go down better results than the first half of the year,” and added, “Total revenue hotels ODH about 100 million pounds , compared to last year, to achieve an increase in profits by 44 million pounds. Recorded occupancy rate annual increase of 6% in July 2012, compared to the same period last year, and thus narrows the difference between the rates of 2012 and 2010 to reach about 20%. As we have seen a rise 10% in price (total return divided by the number of rooms) in addition to demand from new markets, which confirms our direction to restore natural tourism rates.
The Andre Elmer, director of services tourist destinations company TUI, the travel rates to Egypt in order to recover, “We have recorded the numbers of customers traveling to Egypt increased by 20% during the summer of 2012, compared to 2011. And we have ambitious 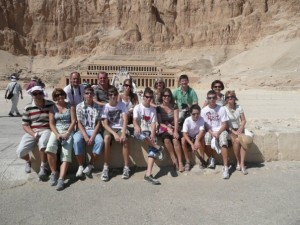 plans to double those numbers, and that was reason to raise capacity of flights, where we guarantee 85% seats in the aircraft. ” Andre said German tourists know Egypt, and many of them repeat had, however, is minister vowed to correct the image for the stability of security in Egypt the first steps to restore the entire tourism.
El Gouna characterized its infrastructure developed in accordance with international standards, and advanced services, where it is the permanent headquarters of many international brands in the field of tourism.
Include facilities Gouna luxury pad Joya, and three berths at the highest international levels with a capacity of 282 boats, and there Gouna universities and international schools, and a golf course provider 18-hole and 17 hotels, and two health centers, and C equipped with the latest sports equipment. And available Gouna hospital integrated according to the highest international standards provider emergency services 24 hours a day, in addition to a special room to deal with an emergency dive, and service dialysis allowing guests book treatment before arrival to receive them and provide the transition to and from the hospital.