In the first interview of Mr. Mounir Fakhri Abdel-Nour, Minister of Tourism, who assumed his new duties with the tourism sector was the biggest crisis witnessed over the past years … So buck big and heavy load, but in spite of the distance from the tourism sector, however, that throughout his career has been worried the affairs of the nation
Following up on what’s happening on the political scene, economic, especially in light of his party as secretary general of the Wafd Party. 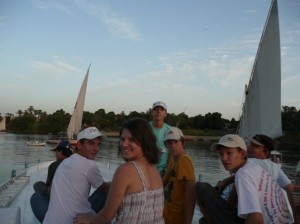