under the auspices of the Egyptian General Authority for Tourism being organized youth initiative entitled “The Challenge of Egypt crosses” to cut the distance of 2,400 km from Cairo to Luxor using scooters.

Chairman said Amr Ezabi that the aim of the initiative that is organized for the second consecutive year is to draw the attention of the world that Egypt tours  is a safe, despite the political transition that is going through, which in turn contributes to the revitalization of the movement of the incoming tourism to him.

Is scheduled to take part in the challenge, which kicks of 12 until October 19 / October 0.30 adventurous (20 Egyptians and 10 foreigners).

For his part, head of the Domestic Tourism Authority, Magdy Selim, the challenge will start from the front of the field Abdeen, Cairo, passing by the cities (Alexandria – Marsa Matruh – Siwa Oasis – Bahariya Oasis – Farafra Oasis – Dakhla Oasis – Oasis out) to end the adventure in front of the Temple of Karnak in Luxor .
He added that the sound will be the launching ceremony of the challenge in front of Abdin Palace in Cairo inaugurated by Minister of Tourism and the Governor of Cairo and the President of the Tourism Promotion Authority, pointing out that coordination with the Ministry of Health to provide health services during the tour in all its phases.

The sound that it will invite all the international media and local communities to cover the event in line with  the status of  Egypt holidays
It is worth mentioning that it was organized the “challenge of crossing Egypt” last year, and the time adventurers cut distance 1,700 km from the city of Alexandria to the temple of Abu Simbel in Aswan. 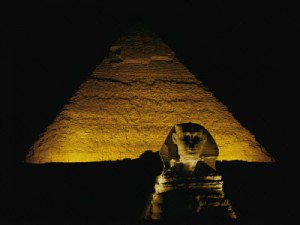