Tourism is the most important sources of national income in Egypt and the Egyptian people, accustomed to the presence of tourists in their midst since antiquity. Featuring Egypt abundance of tourist attractions of different types, because of the abundance of temples and Pharaonic monuments that have been take care of it and invested tourist attraction, is also available tourism infrastructure, which includes five-star hotels, tourist villages and tourist agencies and offices, aviation, and is considered overcrowded tourism in general in Cairo and Alexandria and the Red Sea Governorate, Hurghada and Sinai, especially South Sinai in Sharm el-Sheikh, Dahab and Nuweiba, where sports sport diving, which attracts tourists from around the world and especially from Germany and Italy a fan of this type of sports, as Egypt is characterized by its proximity Ali Alalhaab rare reefs in the Red Sea and fish species for which they held festivals and competitions fishing yacht, which comes to fishing enthusiasts of Egyptians and foreigners.
1 tourist attractions in the Greater Cairo area

Pyramids of Giza
Pyramids of Egypt Pyramids Djizho Giza Plateau is located in Giza, Egypt on the west bank of the River Nile, built by some 25 centuries BC, about 2480 to 2550 BC. M, which is about three pyramids are Khufu, Khafre and Menkaure.
And the pyramids is a cemetery ownership of each of them bears the name of the king who built and buried it after his death, building a pyramid here is the stage of the evolutionof building tombs in ancient Egypt and that started a hole small turned into a chamber under the ground and then to several rooms topped by a terrace and then evolved to take the form of pyramid by architect Aamahotb Minister pharaoh Zoser in the Third Dynasty pyramidis located in the necropolis of Saqqara, was followed by two attempts of the king Snefru the founder of the Fourth Dynasty to build a pyramid full, but the back of pyramids is Salimi shape and are located in Dahshur, one oblate-Qaeda and the other took the form smaller after half the size, and was able to engineer engineer Hmeono King Cheops to reach the ideal shape of the pyramid and the construction of the pyramid of Cheops in Giza, on an area of ​​13 acres and was followed by a pyramid of Khafre and Menkaure. morre info here:    Safaga port 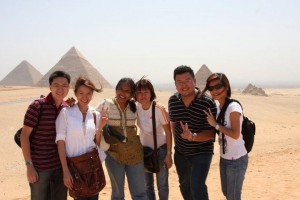 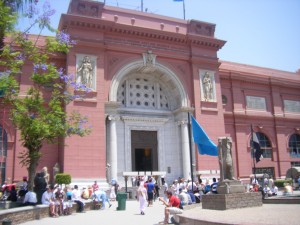 Cairo Tower was built between 1956 – 1961 of reinforced concrete on the design of the Egyptian lotus flower, and is located in the heart of Cairo on the Nile island of Zamalek.
Height of up to 187 meters and is higher than the Great Pyramid in Giza, about 43 meters.
There is at the top of the Cairo Tower tourist restaurant on a rotating platform manned spin parameters of the restaurant to see Cairo from all sides.

Khan al-Khalili is one of the oldest markets of the east, over the age of just 600 years, and still remains on the original architecture unchanged since the time of the Mamluks and until now. 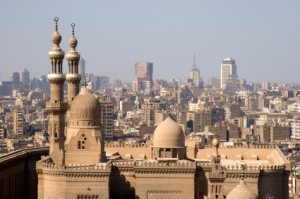 Al-Azhar Park
Was created Azhar Park on an area of ​​30 hectares, by the imam of the Muslim community Ismailia Karim Shah Husseini (Aga Khan IV), after deciding BB garden to the city of Cairo in 1984, based on the belief of the Islamic that we are all responsible for the creation the Creator, therefore we must leave the earth a place better, made the decision at a conference 1984 “developing capital: keeping pace with the growth of civil Cairo.”
Located on the western side of the garden city Fatimid old and extended trail the Red Butrutema of mosques, shrines, and decorated with a line long minarets, to the south is a mosque of Sultan Hassan and inform him, in addition to the Citadel of Saladin, this area was already in need of green space is open. The mound on which the garden provides a high view of the city, and give the scene a wonderful panoramic 360 degree views of the charismatic of historical Cairo. Before starting work, the study was a great site for rubbish. He was working on the removal of accumulations of garbage and stones accumulated over 500 years, with materials estimated tonnage of 80.000 Comte Cart on the site over the centuries, and during the initialization of the site has many of the huge discoveries. These discoveries included the discovery of the Ayyubid city wall, which dates back to the twelfth century during the reign of Saladin, in addition to many of the precious stones with inscriptions Hiroglovih. These older stones, which reach lengths of some of them to one meter, were used in the building wall Saladin. In order to detect the wall that was buried over time, it was necessary to drill to a depth of 15 meters, 1.5 kilometers of the wall towers and balconies is Almove, appeared in all splendor. Has Ptsmiyeta engineer Maher Steno (Egyptian) The implementation of Egyptian companies and managed by qualified Egyptian

Alexandria
Beaches in Alexandria, Ajami and Palm Beach (6 October)
Ajami is a city in Alexandria, located 20 km west of Alexandria, the city’s famous tourist destination, local, for the Alexandrians, and for tourists in Cairo and Giza, the city began as the pool of the elite in Egypt in 1950, then evolved into the city known today, the city is still a tourist destination local people, and the middle class in Egypt, famouse famous Caribbean waters. In the city are also a number of effects, including the Castle French castle, built during the French occupation, under Napoleon, as well as many watchtowers that were built in the era of the Ottoman Empire, in order to prevent Egypt’s north coast. 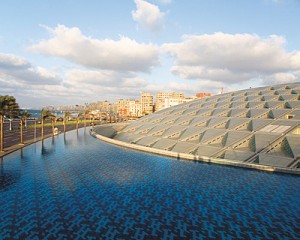 In Luxor and Aswan, where Pharaonic temples on the banks of the River Nile, this is done through river trips in the five-star floating structures.
Luxor:
Aloqsrasma ancient Egypt and away from the city of Qena, the provincial capital, 60 kilometers to the south and Cairo 670 km and a historic city located in the center of the province of Qena, the maximum level Masralaliaalsaid Goan bordered to the south center of Esna and from the north center Qus the east by the province of the Red Sea to the west by Armant and the limits of the New Valley Governorate . Luxor has a unique character sets it apart from all parts of the world .. It combines the past and present at one time .. Not without its place in the city of Luxor, the impact of speaking greatness of the ancient Egyptians thousands of years BC.

Aswan:
Is the capital city of Aswan governorates of Egypt, the southern gate of Egypt is located on the east bank of the Nile at the First Cataract of the Nile, and its coordinates: 24.05 u 32.56 s, with a population of 200,000 inhabitants. 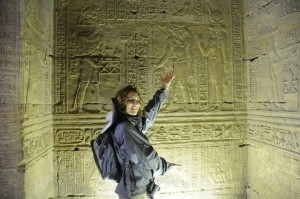