The Director of the Office of Tourism of  Egypt all inclusive holidays, tours, vacations in the British capital London, Omaima al-Husseini, Saturday, the statements of Egyptian President Mohamed Morsi, during his visit to Luxor, on Friday, and his meeting with a number of tourists, will have a significant impact on the return of tourism to Egypt during the coming period, which is the beginning of the winter season, which is active when tourism to Egypt.

The al-Husseini, in a press statement in London, it is a positive message to the inside before the outside, and urges the Egyptian society that is embracing the community and a patron of tourism, because it provides a livelihood for many of the Egyptians and the availability of hard currency for Egypt.

The al-Husseini that there are 12 million Egyptians live on tourism revenues, either directly 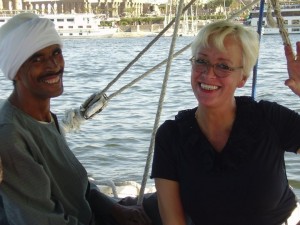 or indirectly, confirming that the message also carried reassure tourists foreign, that the Egyptian government’s new is interested in the tourism industry, and that this sends a message of reassurance and confidence for the tourist and foreign tourist market British a secondary market for tourism to Egypt after Russia.

She said: «the tourist office in London will be prepared, issued a press release statements of President Mohamed Morsi, to be sent to the largest number of institutions, the British journalist, to confirm the arrival of the message to everyone in Britain», she said: «the question being asked is always on the stability of the situation in Egypt, and perhaps visit Morsi, President of the tourist attractions in Luxor sent a clear message to the Egyptian government is keen on tourism, which constitutes one of the pillars of income in Egypt ».