Movement witnessed incoming tourism to the city of Alexandria, a big increase in the number of Arab and foreign tourists during the past three months.

Said Magdy Selim, head of the domestic tourism of the Egyptian public to promote

Egypt tours , the tourism coming to Alexandria by the perpetrators of Borg El Arab airport and the port of Alexandria Marine during the period of April / April to June last rose by 71% over the same period of 2011.

As part of efforts to promote tourism in Alexandria, said Maha Tahir, Director General of the Information Bureaux tourist’s body to maintain that it is providing visitors to the offices of queries from the tourists, Egyptians and foreigners and Arabs bulletins advertising the attractions and archaeological in Alexandria and the different governorates in Egypt.

It should be noted that the Tourism Board to deal with foreigners and Egyptians through six internal offices in Alexandria, the Bureau of Public Administration, Airport, cruise and maritime terminal and station, sand and plant Egypt, Sidi Gaber, and are these offices provide the undecided by the publications tourist and respond to queries from tourists, as well as to contribute to the activities aimed at promoting tourism to maintain, and raise awareness of tourism for the parties to the Egyptian people and the target that deals with tourists directly through deliberate awareness plan with new prospects using new science technology. more info click here:  Egypt holidays 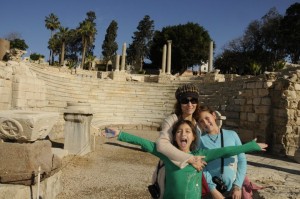 According to Tahir that the main activities that contributed to the Authority in Alexandria during the past months was the start of the project the challenge of Africa the first European, and that the reception of ship-Hungarian sailing “Astrid” during the period of its presence in Alexandria, the first African ports that the ship visited in order to promote this event, and tours tourism in the city to the delegation accompanying the ship and provide them with tourist publications to all governorates of Egypt, and the work of a tour for them on arrival at the port of Ain Sokhna lasted for one day.
Tahir explained that the project aims to promote a new image of cooperation between the continents of Europe and Africa based on equality between the parties involved, in cooperation with the Hungarian Embassy in Cairo and the Ministry of Tourism and the Governorate of Alexandria and the Navy.

Meanwhile, said sound that is now being setup for the Rally, “the challenge of crossing Egypt,” which is organized for the second year in a row under the auspices of the Commission, and directed the organizers to invite foreigners to participate in the race which starts runs from 12 until October 19 / October this year in front of the field Abdeen, Cairo, passing by the cities (Alexandria – Marsa Matruh – Siwa Oasis – Bahariya Oasis – Farafra Oasis – Dakhla Oasis – Kharga Oasis ) to end the adventure in front of Karnak Temple in Luxor.