Abdel Nour noted that on Election of the President with the participation of more than 30 million Egyptians is a historic day, including the magnitude of the hopes that calm and security and the spread of freedom and democracy and social justice.

Abdel Nour said that Egypt is safe and not have to worry spreading rumors and there is a state of calm prevail country and the Egyptian people has become and responsibility towards their homeland.

He Abdel Nour that tourism will grow significantly during the next six months, stressing that any president is coming no matter how different it’s terms of reference or affiliations cannot be controlled or negatively impact on the tourism sector, which generates income 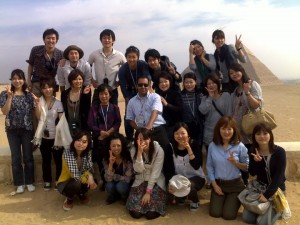 represents 11% of the GNP of the state and the second largest supplier of currency difficult after the Suez Canal as well as it works more than 5 million Egyptians.

Abdel Nour said that the Ministry of Tourism has a strategy to double the number of tourists to increase state revenues from this sector to $ 25 billion annually by 2017.