Next Tuesday, a day that celebrates the world in which all the so-called World Tourism Day, the day it was founded World Tourism Organization, a United Nations organization.
And annually choose the organization one of the world’s cities to organize the celebration of the official World Tourism Day, attended by Secretary-General of the Organization and leaders of the tourism and aviation in the world at the invitation of the organization as a reminder of the importance of tourism in the lives of men and nations and their role in supporting States as an industry major and as an activity and continue humanitarian them.
The competing countries in the world to embrace this celebration every year.. This year, specifically on the day next Tuesday, the organization decided to celebrate this day in Egypt, in recognition of the Revolution of January 25 and caused a major impact in the world and reflects the aspirations of the peoples to freedom and democracy, peace and prosperity are the objectives of international tourism in general. more info click here:  Egypt holidays

The organization is also important to choose a slogan celebrating a year in which all the countries of the world organization of seminars and competitions for the definition of the importance of tourism and celebrates each country in its own way under the logo .. , Other than the official ceremony of the organization and who chose the organization under the leadership of Dr. Taleb Rifai, Jordanian Secretary-General of the Organization in cooperation with the Egyptian Ministry of Tourism, led by the minister Munir Fakhri Abdel-Nour to be this year in Egypt, specifically in the city of Aswan, because the theme of this year’s tourism .. Connecting Cultures is the theme fit well with Egypt, says the organization that provides a great model to examine and discuss this theme, as the land of civilizations, Egypt has seen a variety of cultures in the territory over thousands of years .. There is no doubt that the choice of the city of Aswan is another example of this cultural heritage, humanitarian and cultural history and civilization of Egypt, so it was selected right especially as the date of the celebration commensurate with a significant event witnessed by the city of Aswan, a re-opening of the Hotel Cataract Aswan, which is operated by Accor French under the name Sofitel, after the project development and renovation of the historic experienced hotel which was closed because of him for about two years to return to the latest world-class development and services and the latest technologies and levels of global technology while maintaining the character of the historic, says Ali Abdul Aziz, President of the Holding Company for Tourism and Hotels, cinema, Nabil Salim Chairman EGOTH owner of this hotel, which is a hotel in Egypt’s ancient historical and wonderful, which was built on the architectural style Victorian in 1899 on the Nile above the rocks of red granite wonderful in Aswan for the aged are now more than a century, specifically (112 years) almost hosted during which a lot of celebrities, kings, presidents and stars of the world. 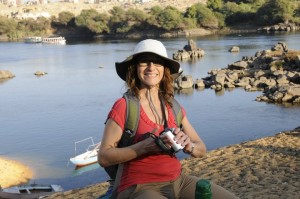 I go back to the celebration of World Tourism Day in Aswan and say that the ancient city, led by Major General Mustafa esteemed governor, Mr. beautify herself now to receive this global event and is looking forward because the event gives them the impetus to restore its glory and its location on the tourist map of Egyptian and international tourism.
And will include a ceremony, which will be attended by some 100 international personality and Egyptian leaders of the tourism and aviation, including 30 international figure at the invitation of the World Tourism Organization. Also attended by Egypt’s Minister of Culture Emad Abu Ghazi and Civil Aviation Lofty Mustafa, a number of foreign ambassadors in Cairo, as well as heads of international companies and experts from the UN Development and experts from UNESCO will participate in the workshop to be held on Tuesday, in cooperation with the channel C.NN U.S. television world and run by TV presenter known as Abita Mendriana The workshop will discuss the issues of tourism and cultural exchanges, tourism, media, tourism and sustainable tourism, environment, tourism, diplomatic and maximize the role of tourism in the interaction between tourists and the communities they visit so that the tourism strength for peace between peoples.
Is scheduled to begin celebrating World Tourism Day opening session held in Aswan Movenpick Hotels nine in the morning and talk, Dr. Taleb Rifai, Secretary-General of the World Tourism Organization and Mounir Fakhri Abdel-Nour, Minister of Tourism.
The organization of the Ministry of Tourism gala dinner on Monday evening, the day before the ceremony on the island of Philae preceded by sound, light, and the World Tourism Organization has announced a competition in the photography on the theme of the celebration and will be distributed awards competition in Aswan will be a prize for the winner of any country in the world journey to Egypt to be borne by the Ministry of Tourism Egyptian.  published by:   Egypt deals