Egypt vacation, Egypt packages, Egypt vacations packages change during the 5 years… And the future of the markets… and the new interest in luxury hotels and rural tourism
And marketing campaigns and advertising
Attend exhibitions and exchanges of tourism and travel the world especially the larger such as Berlin and London should not be just for a private audience of specialists or to get a quick gains.

We personally take care of this by identify new ideas and try to transfer to Egypt all inclusive holidays, tours, vacations  , through seminars and discussions marked by the international stock markets.
Today we talk about new ideas that I have heard and read about in the London Stock Exchange last and most important of what to expect tourism experts prominent and officials in the world that the international tourist map will change during the next five years and that the future of the world tourism is industry now and not tomorrow through such ideas.. The future does not expect one not likely to delay .. Indeed, experts have identified several points to confirm or support the expectations and demands that we care about in Egypt to know our role and our place and to where and how they’ll evolve during these critical years?
Let’s start with the report of the like questions answered by Executives prominent in the tourism industry in the world confirmed through which the nations’ economic promising or emerging begun to appear recently on the map of the world’s economic will be the greatest opportunity for tourism, and said that these countries will be a source for the travel of tourists as well as to receive the tourists that is point of tourist attraction which has been for decades in Europe and America will move to these countries.
More than that, these officials said that these emerging markets have already started showing its impact on the tourism industry and the past few months these countries exercised a positive impact on tourism in terms of tourists travel to the rest of the world as 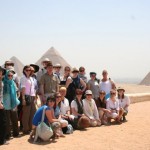 well as tourists from traveling to other countries.
The executives in their report that sea of ​​change happening in the way you work the tourism industry in the world, at a time I arrived in the traditional markets Northern Europe to the stage of maturity, the chances of real growth can be found in countries such as Brazil, Russia, India and China, which is called the BRIC economic group, a term combining the initial letters of the English of these countries.
In addition to this group there are also the GCC countries such as the UAE and Saudi Arabia.
The report pointed out that Russia has already become an important source of tourism companies big and tour operators in Europe, such as Thomas Cook T-U-ie, as the largest collection of tourism activity in Brazil, CVC has acquired by the Carlyle Group of America last January, which demonstrates the extent of interest in tourism in Brazil.

According to the report prepared by the responsible executives from the tourism industry in the world shows how the tourism industry to shift its focus and interest of developed countries such as Britain and European countries, as well as the United States to emerging countries in Asia and Latin America and the Middle East, and add Fiona Jeffrey: The emergence of middle classes petition in Brazil, India, Russia and China and their desire to travel in addition to rich Gulf states makes these states determine the future of tourism during the next few years.
The observer of the London Stock Exchange can be noted significant interest from state’s tourism marketing campaigns or on the exact advertising campaigns where many of the most important new ideas to focus on affective and emotional side or the human dimension in these campaigns.

And draw attention also in the London Stock Exchange is the attention to luxury and sophistication in the services, hotels, and to insist on the existence of luxury hotels and classic, historical, and at high prices in the sales and marketing, especially with the continued existence of the demand for these hotels layers refuses to tourism accommodation comprehensive and cheap prices and aviation charter.
What remains of the rich and higher spending in the tourism word to them and seek 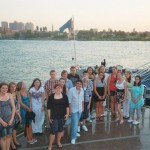 specific companies for tourism and hotels.
In the context of critical changes taking place and will be taking place in the tourism industry in the world, and that must be monitored and study how to deal with it, there is another report from a recent global trends in tourism.
This report indicates that the countries of Latin America began turning their attention to focus on tourism to the beaches that distinguish rural tourism.
These transformations taking place in the tourism industry worthy of study, it has become the industry giant degree entice many governments on the attention and be considered one of the essential elements for economic progress. The numbers alone enough to show the importance of the tourism industry in today’s world, only the statistics of international tourism, the industry is a comprehensive passenger transport sector amounted to income of a trillion dollars in 2009, almost $ 3 billion per day .. Tourism and exports account for any income generated from tourists visiting the countries of the world 30% of exports of commercial services in the world and 6% of the total exports of goods.
And globally are rated fourth after tourism product of petroleum and chemicals, the automotive industry, which is for developing countries is a very important source of foreign exchange and provide employment opportunities and development as well.
The contribution of tourism in global economic activity rate of 5% and increase this percentage in the provision of employment opportunities for up to 6% or 7% .. Each of the above, the urgent need to know: Where wills Egypt on the world tourist map after 5 years?